Best Places to visit near Bangalore for two days trip

Bangalore is famous for being India’s Silicon Valley, with a multitude of start-ups, companies and colleges. However, not many know, that Bangalore also has a lot of tourist attractions which includes shopping malls, wildlife parks and historical buildings. Bangalore also serves as an important gateway to other tourist attractions in Southern Kerala like Ooty, Coorg and Mysore. Although <a href=”https://costoffliving.com/india/bengaluru/”>Bangalore</a> has low temperatures throughout the year, it is best to visit it during the months between September and February. In this list, we have compiled the best places to visit in Bangalore in a short two-day trip.

1)Bannerghatta National Park – The first day of your trip can be spent at this wonderful park. Start the morning early at the Bannerghatta National Park. The park was the first in India to have a butterfly exhibit. You can also take safari’s where you can spot Lions, tigers, crocodiles and other flora and fauna. The park is world famous for having many creatures some of which are rare and cannot be found in the wild.

2)Bangalore Palace – After your visit at the park, you can take a stroll through the Bangalore palace in the afternoon. The huge Bangalore Palace is a popular tourist attraction in the city. It is owned by the Royal Family at Mysore. The palace has beautiful paintings and carvings on its walls. It also has a lot of Gardens where many cultural festivals are held. The palace takes inspiration from both English castles and Royal castles in India. 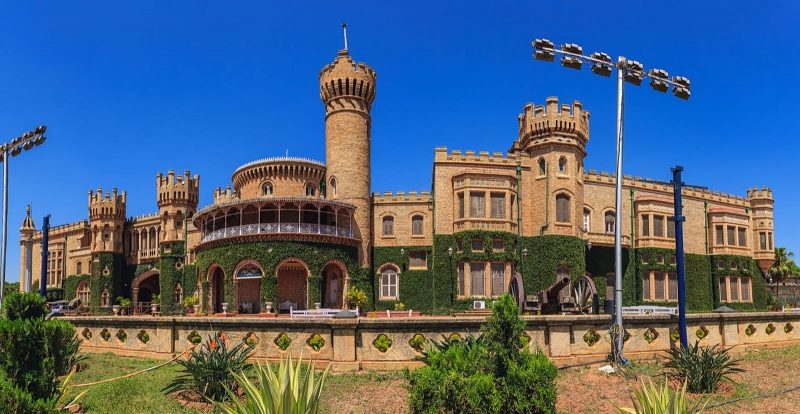 3)M. G. Road – You can spend the evening shopping at M. G. Road. It is one of the busiest roads in the city and is home to a plethora of retails outlets, theatres, shopping complexes, cafes, restaurants and food outlets. You can get great deals at the street side shops along this road.

4)Bull Temple – Start the next day early and reach the bull temple while the sun is less harsh. The Bull temple is a shrine to a Hindu Mythological God, Lord Shiva, and is built in with a Dravidian style architecture. The main Bull idol measure 4.5m in height and 6.5m in length. Other idols of God Surya and Goddess Chandra are also provided in the same temple. It was once believed that the river Vishwa Bharti originated from the foot of this temple. 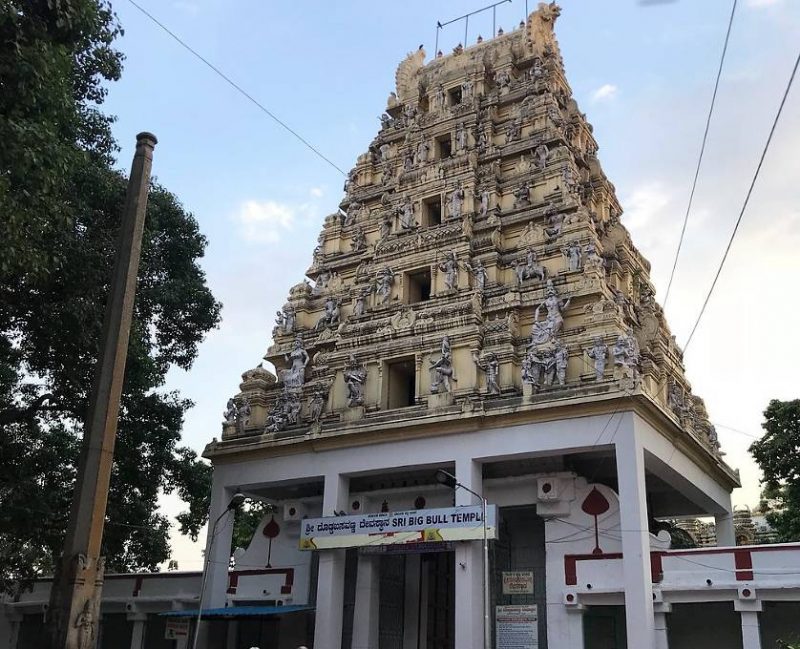 5)Museums and Planetariums – Being a centre of scientific advancement and research, it is no wonder that the city has quite a few museums. After you visit to the Bull Temple, you can consider visiting the HAL aerospace Museum. It showcases India’s progression in the aviation and space industry over the years and has various aircrafts and helicopters on display. You can also visit the Jawaharlal Nehru planetarium which has a fine collection of space exhibits.

6)Lal Bagh – This is one of India’s oldest botanical gardens and was established in the 18th century. There are many rare plants of French, Algerian, Persian and Afghan descent on display here. 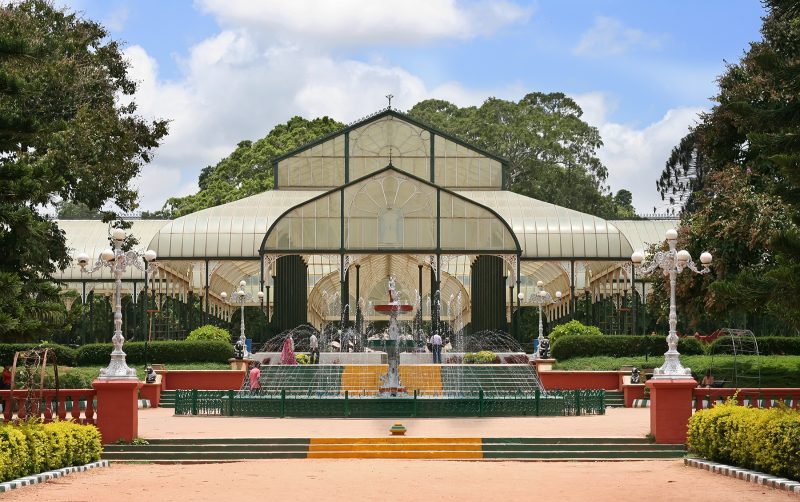