TOP 5 PLACES TO VISIT IN KANYAKUMARI 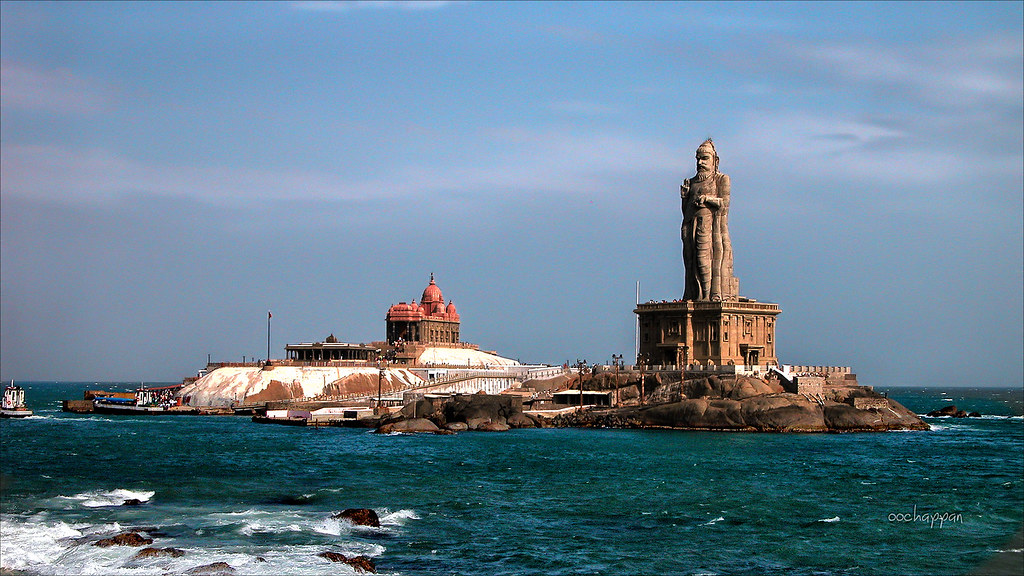 TOP 5 PLACES TO VISIT IN KANYAKUMARI

The mainland of India offers a sense of divinity, with the range of the Himalayas draping the North and Kanyakumari is the southernmost tip with the neighbouring Western Ghats and the Laccadive Sea. This historic city has its mythological significance. It is said that Lord Ram used this city to build a bridge filled with rocks to Lanka, Sri Lanka now, to save his wife, Sita from the demon Ravana. This place also holds geographical relevance with the linking of 3 main water bodies that surround India including the Bay of Bengal, the Arabian Sea and the Indian Ocean.

Here at MyTravel trips, we give the best places to visit in Kanyakumari in one single day.

Kanyakumari Temple: This historic temple, holds a popular significance in all mythological scriptures, being the home of Goddess Devi Kanyakumari, with the deity of Bhagavathiwho has a diamond rose ring which has a very powerful reflection equivalent to that from a lighthouse. The best time to visit this place is during the Vaisakhi Festival during 10 days of the month of May. 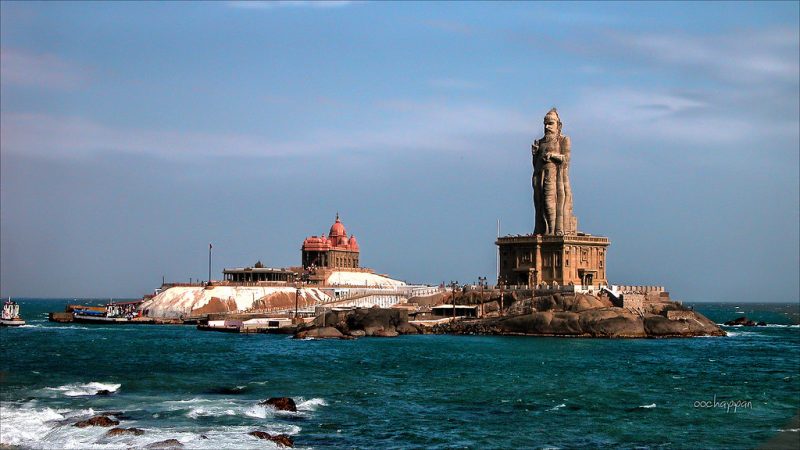 Thiruvalluvar Statue: This 133 feet tall statue is immediately visible when you visit kanyakumri and look towards the ocean. Thiruvalluvar was a Tamil poet and philosopher who is famous for being the author of thirukkural. You can visit the statue by taking a ferry from the mainland. 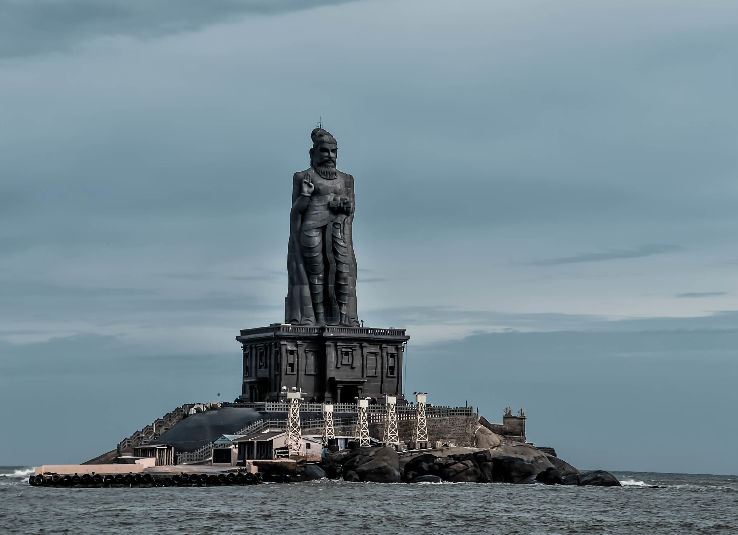 Thanumalayan Temple : This is a very famous and important Hindu temple in the Kanyakumari district of Tamil Nadu. The temple is famous for having the three main deities, in Hindu mythology: Lord Shiva, Lord Vishnu and Lord Brahma. There are also other statues of Nandi, Hanuman and other deities in the temple. The best time to visit the temple would be during the 10 day Chariot festival that happens in between the months of December and January every year. To know more about the temple visit Temple Timings website. 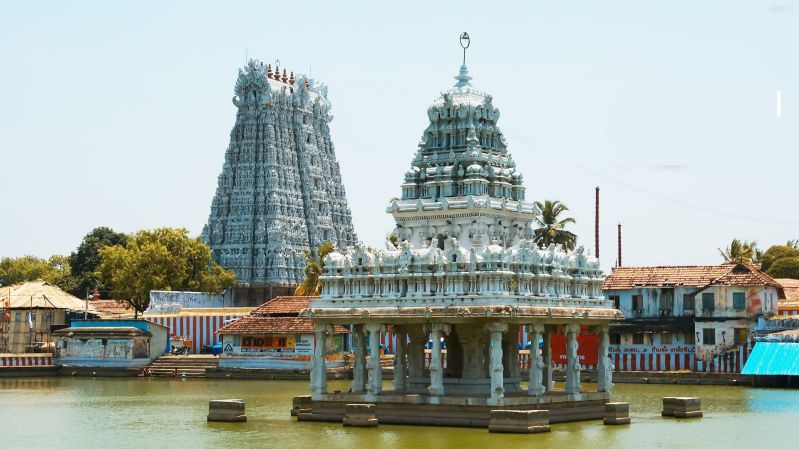 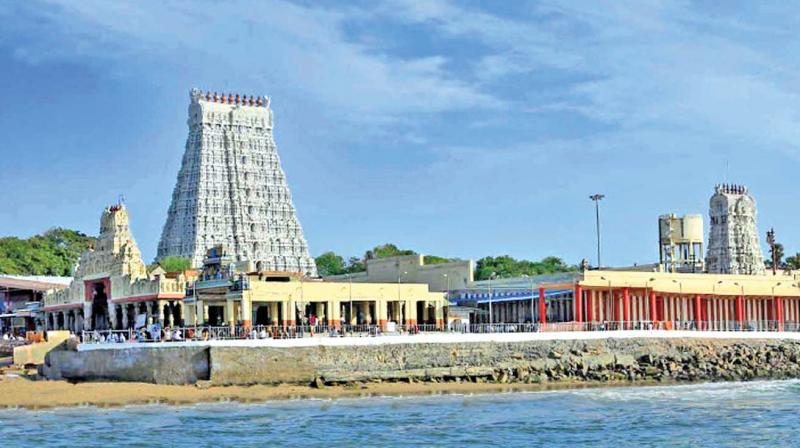 Vivekananda Rock Memorial: This is the most popular tourist destination in Kanyakumari. The Vivekananda Rock is a small island present about 500 meters away from the mainland. This rock is where Vivekananda is said to have meditated during his stay at Kanyakumari. The rock has a memorial for Vivekananda and a prayer hall. A museum and an aquarium are present on the premises and are worth a visit. The best time to visit this would be during either sunrise or sunset. Being able to see three water bodies mix at this place is a delight. 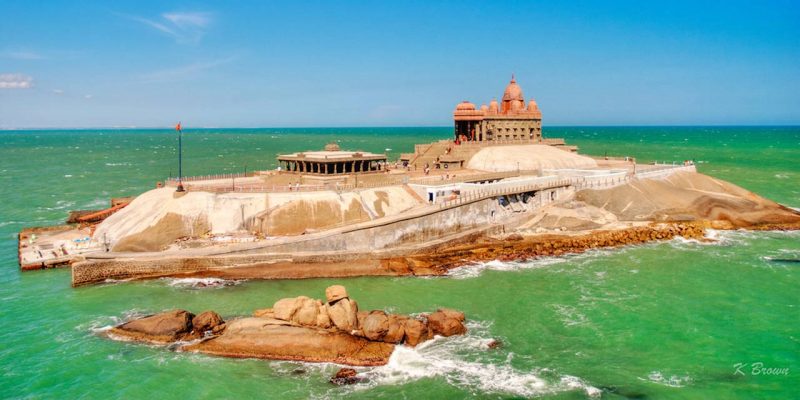